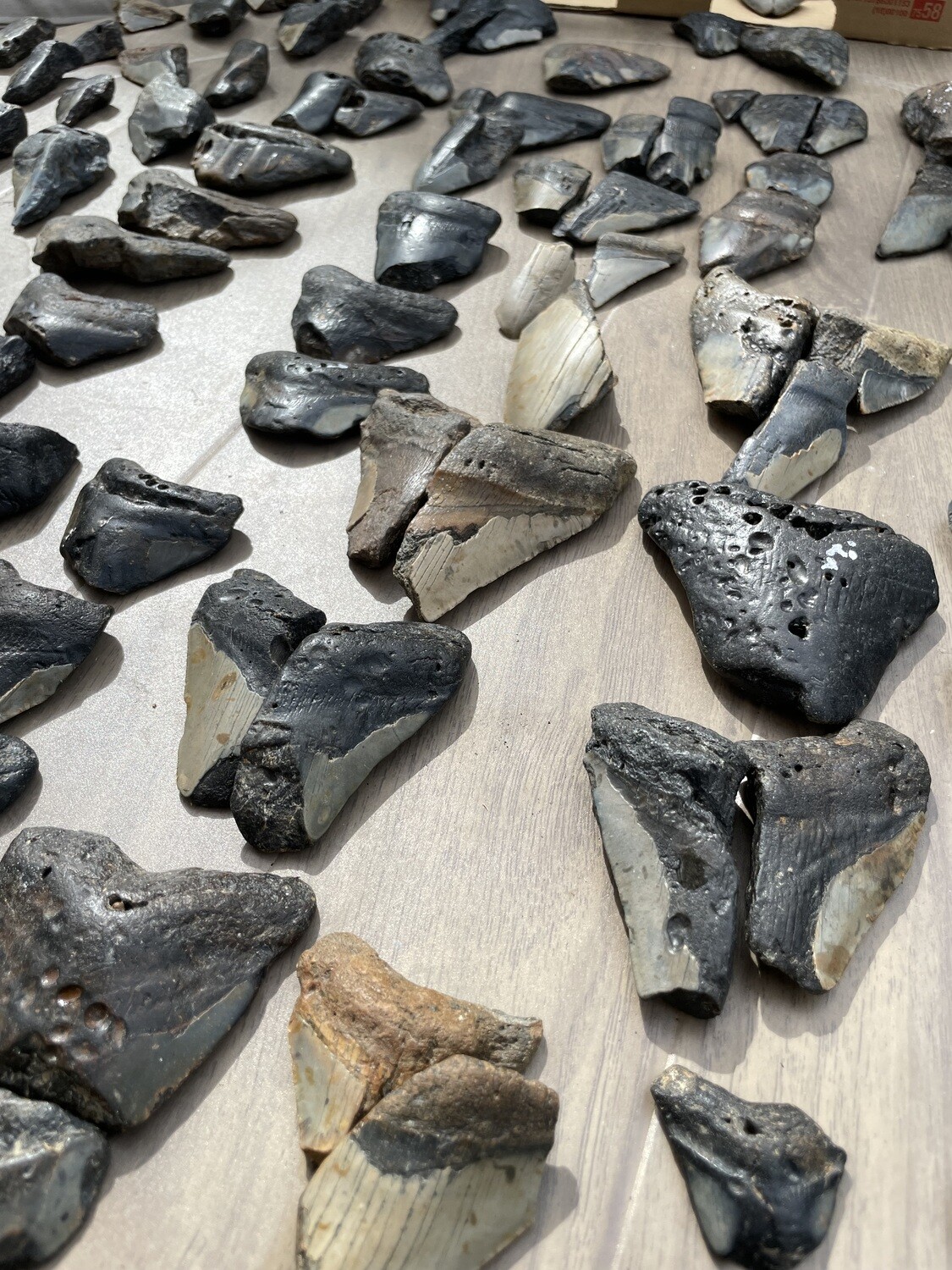 This tooth or fragment of a tooth is from a Megalodon (Otodus megalodon), "big tooth "shark; which is an extinct species of mackerel shark that lived approximately 23 to 3.6 million years ago (Mya), from the Early Miocene to the Pliocene epochs. The teeth remains indicate it was the largest and most powerful ocean predator to ever live in earths oceans!

Their teeth were thick and robust, built for grabbing prey and breaking bone, and their large jaws could exert a bite force of up to 108,500 to 182,200 newtons, 10x more powerful than the strongest Great White to live today. In the end, it was an Ice age that caused their extinction. The cooler water temperatures impacted their habitat and food supply, which were the primary reasons causing their downfall.

While regarded as one of the largest and most powerful predators to have ever lived, the megalodon is only known from fragmentary remains, and its appearance and maximum size are still uncertain.

Save this product for later
Display prices in: USD